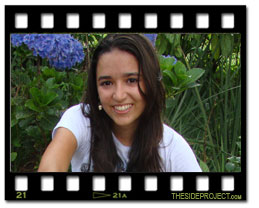 My brother Kelvin Hoefler got me started. My Dad skated when he was younger and wanted my brother to skate, so he started first. I would go along with my brother to all the contests and skateparks. I wanted to experience skateboarding too, but my parents didn’t want me to skate because they were afraid I would get hurt. I liked it so I kept skating without them to knowing. My dad found out and started to encourage me to skate. That’s how I started skating.

Yeah I remember. Ha! It was my brother’s first skateboard. A RudeBoy’s board, Tracker trucks, Next wheels and Abec 1 bearings.

I look up to my brother a lot and love to watch Lacey Baker skating. 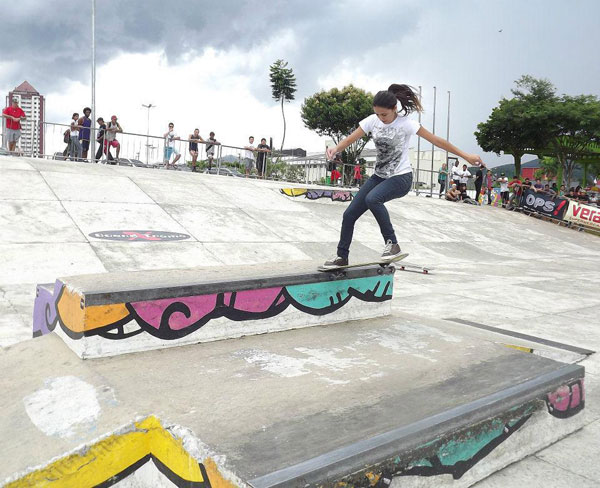 The best thing is my family lives here, the worst is we don’t have a skatepark and people don’t incentive skateboarders.

I work as an assistant accountant in a office in my city. In my spare time I watch The Simpsons, surf the internet, spend the day with my boyfriend, play with my dogs or watch a movie with my family.

I leave home around 8 am to go to work, I come back at noon for lunch with my family and get off at 5:30 pm. I go home for a little snack, shower and then go to university where I study accounting. I get home around 10:30 pm and I’m ready for bed. On the weekends I spend time with my friends, my boyfriend, family and I go skate.

I usually skate in the cities near my hometown like Santos or Bertioga. When I don’t have a ride to these cities I skate in a park by my house that’s pretty much an open space and we built some ramps where we can skate. 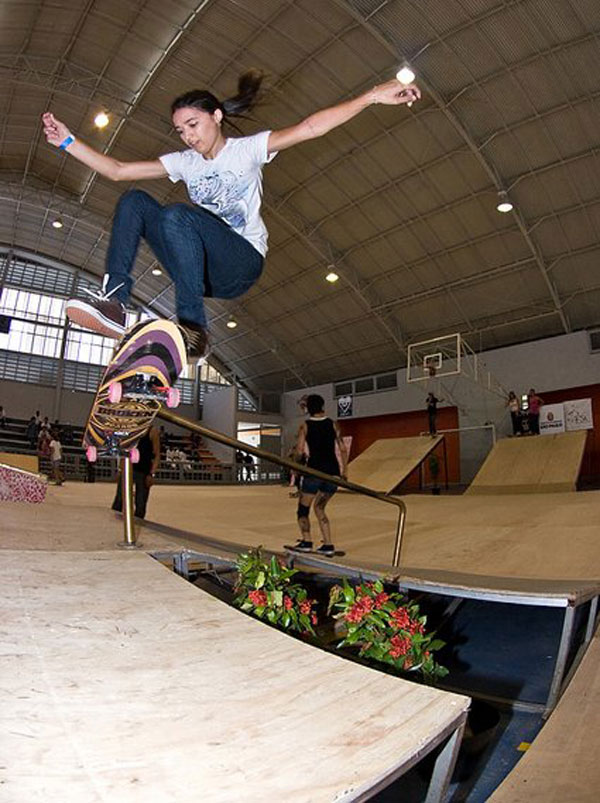 Yes, I do. I love SKATE PARA MENINAS, a contest that’s only for girls from all over our country. It’s good to exchange experiences and to progress with other females skaters. I like Circuito Paulista and Catarinense too.

I went to São José/SC ( South East of Brazil), Volta Redonda/RJ and the cities in the country side of Sao Paulo… I love these places, I always feel good there.

I would like to go to Los Angeles and somewhere to see and touch snow…..oh and to make a snowman and balls with snow!! 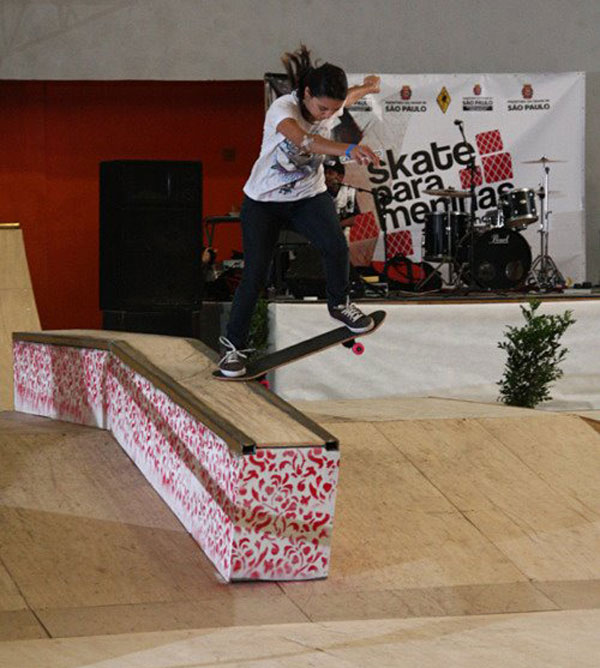 I have a diploma in Nutrition and diet. My last name is german and I have a tattoo on my left foot.

I plan to skate more in 2012, last year i didn’t get to skate much because of work and school. I got a promotion at work and had to learn a lot of different things and even in school i didn’t do well because of work. I want to travel more and to have lots of fun in 2012!

Thanks for the interview Lisa and Ana. 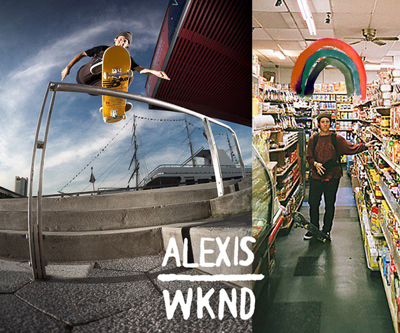