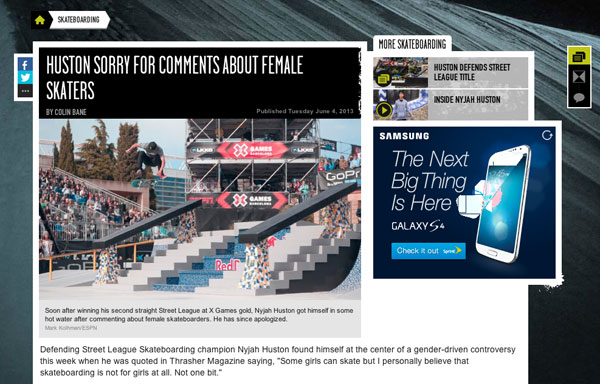 “Defending Street League Skateboarding champion Nyjah Huston found himself at the center of a gender-driven controversy this week when he was quoted in Thrasher Magazine saying, “Some girls can skate but I personally believe that skateboarding is not for girls at all. Not one bit.”

Huston, who declined to comment for this story, backpedaled quickly and by Monday afternoon had posted an apology on Twitter.”