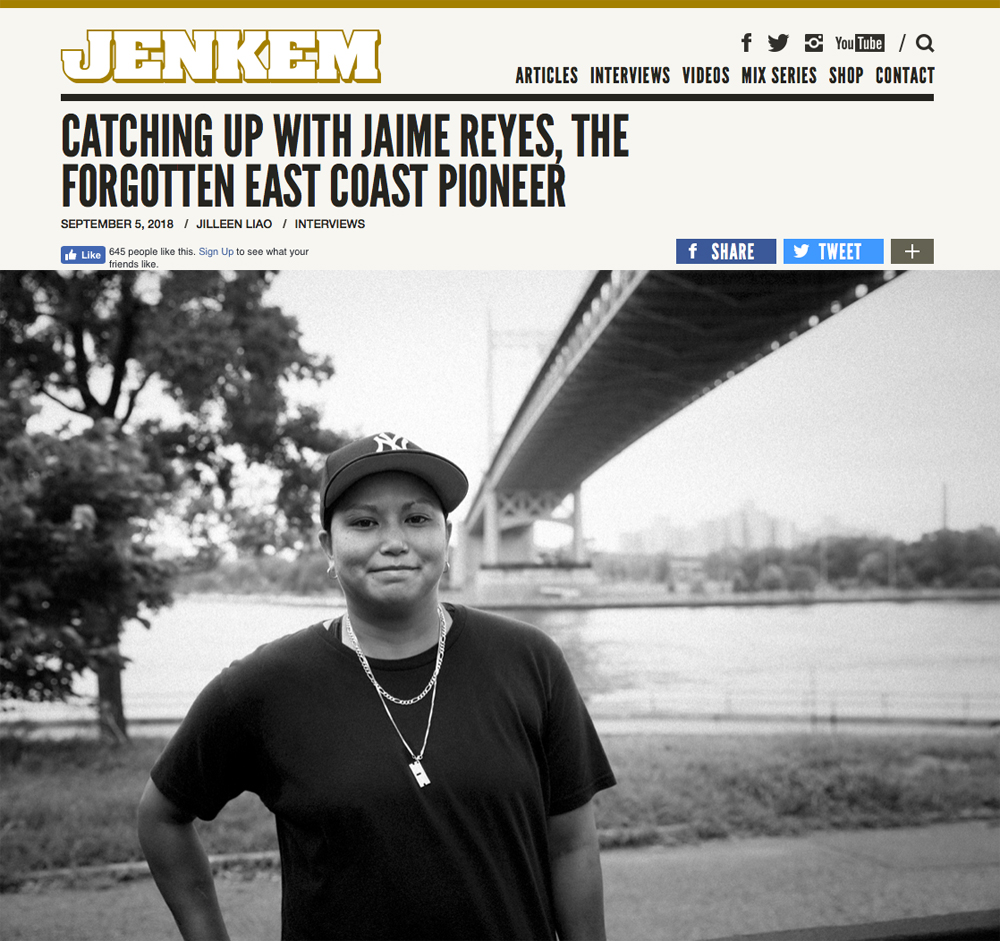 “While 2018 has returned to ’90s street skating to bring out countless product reissues, throwback aesthetics, and comebacks, one legend among this influential generation, Jaime Reyes, is not talked about enough.

Twenty years ago, her legacy was forged in the subversive pages of magazines and encapsulated in the ribbons of VHS tapes. Her parts in Real’s “Non-Fiction,” Zoo York’s “Heads”, and “Vicious Cycle” should’ve cemented her status as an icon. She is also one of only three women with a “Thrasher” cover, and is arguably the only one pictured skating street.

Although skateboarding is becoming more visibly intersectional, and more female skaters are rising to prominence (thanks in part to the democratizing power of Instagram), Jaime’s name has been curiously left out of the discussion, almost to the point of erasure.

A quick glance at her account, @_jaime_reyes, shows she still skates, has a new backyard mini-ramp, and recently went to Woodward as a visiting pro. While she’s been out of most people’s minds since the late-2000s, it was clear during our interview that her story is more relevant now than ever.” – Jilleen Liao, Jenkem