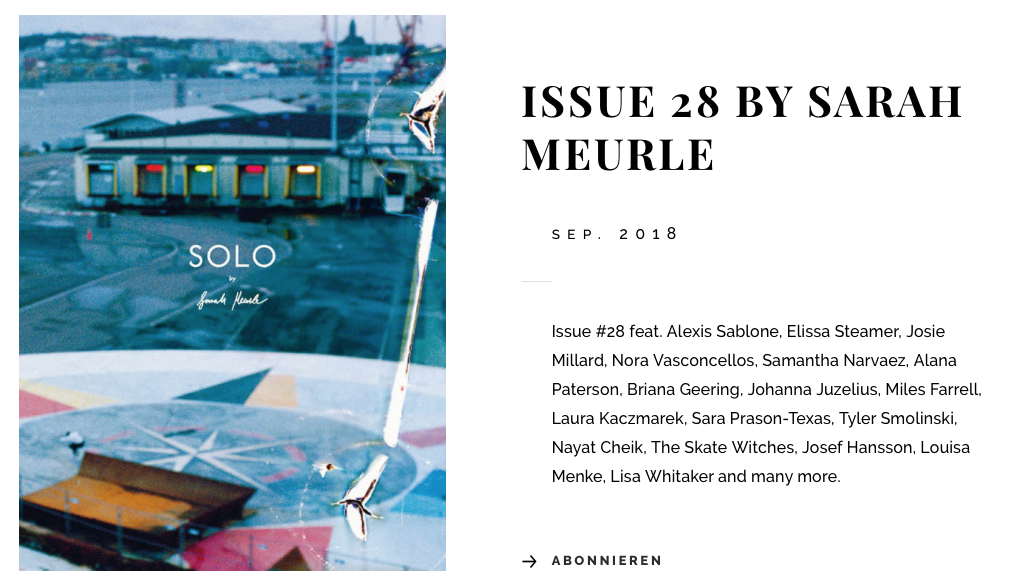 We thought about doing a “girls issue” for a while, but somehow it didn’t feel right to point it out like that. Plus, we didn’t want to present it from our perspective – a male perspective. That’s why we asked Sarah Meurle to be the guest chief editor for one issue and let her have free rein. Not only is she the current European Female Skateboarder of the Year, she is also an excellent photographer and full of creative energy. It was the absolute right decision because she came up with ideas we would have never thought of and that’s exactly why we need more women like her in skateboarding. – Stefan Schwinghammer / SOLO Skate Mag 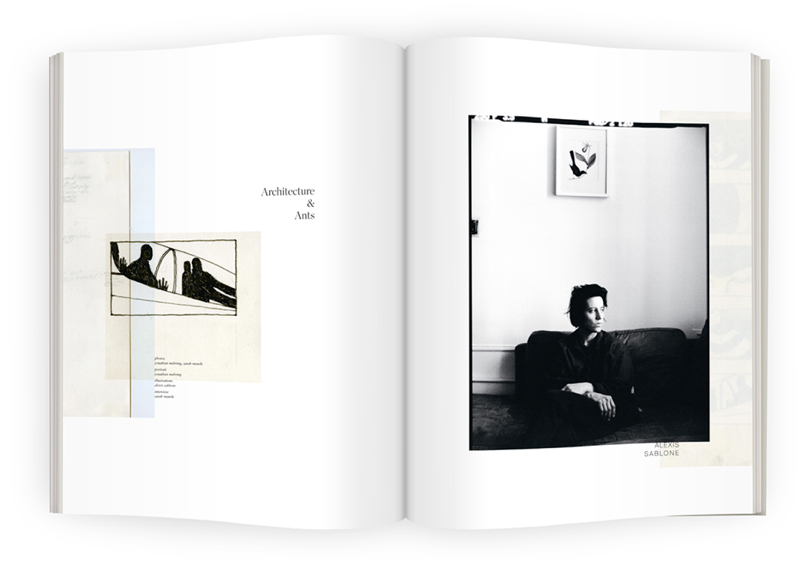 Alexis Sablone first appeared on the screen in 2002 in P.J. Ladd’s Wonderful, Horrible, Life. She then studied architecture, got offered numerous scholarships, received her master’s degree at MIT, won some contests, and went pro for WKND – that part of her career is pretty well known and impressive enough. Not so much known but no less interesting is that she also designs the boards for them, does animations, and works on a huge graphic novel. Sounds like a fully packed schedule? Yeah. “How many hours do you sleep?” asked Sarah understandably when she met Alexis for a talk about her art projects. 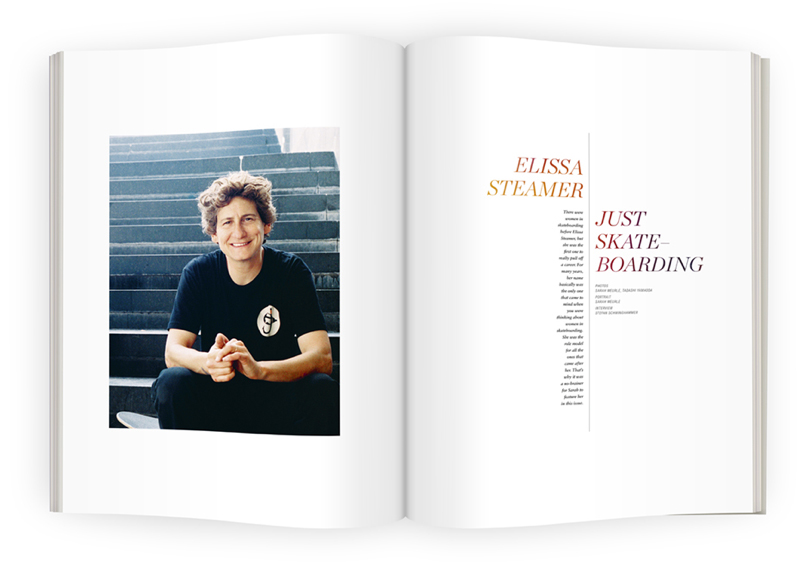 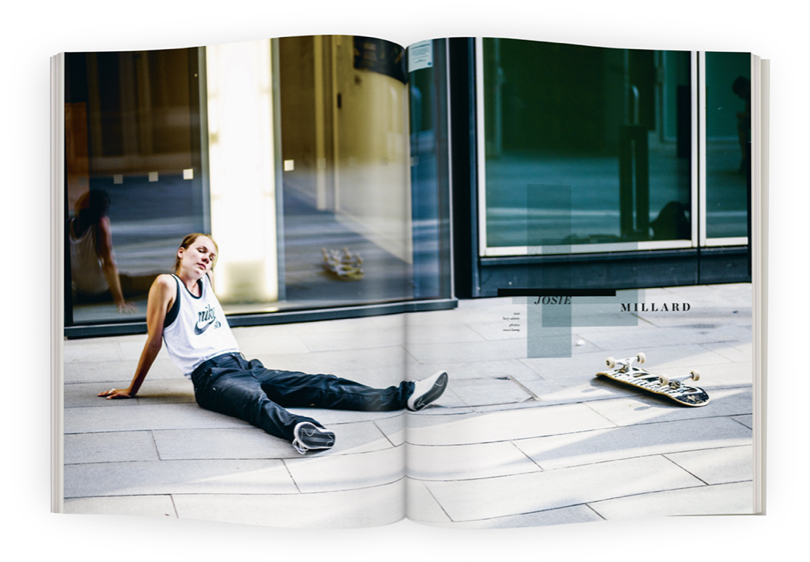 You might know Josie Millard from instagram. Lucy Adams knows here a bit better and introduces her to you while Reece Leung went out skating with her and shot some photos. 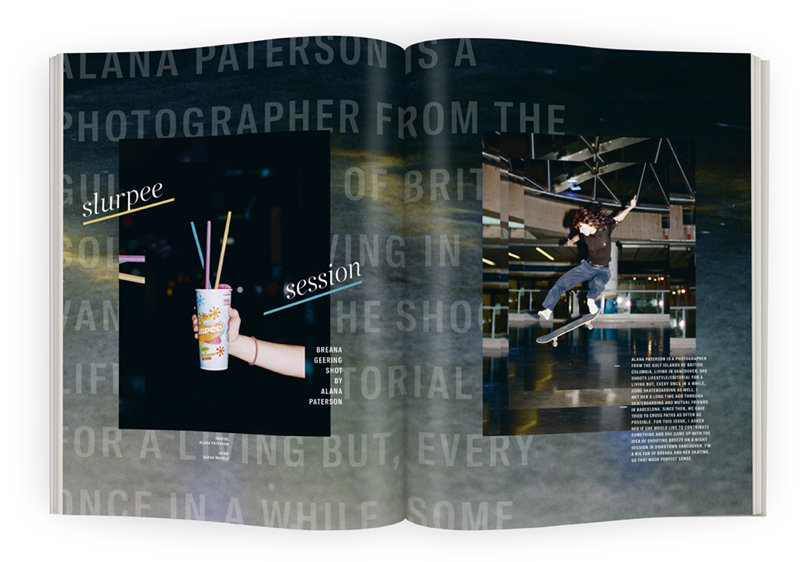 Alana Paterson is a photographer from the Gulf Islands of British Columbia, living in Vancouver. She shoots lifestyle/editorial for a living but, every once in a while, some skateboarding as well. I met her a long time ago through skateboarding and mutual friends in Barcelona. Since then, we have tried to cross paths as often as possible. For this issue, I asked her if she would like to contribute something and she came up with the idea of shooting Breeze on a night session in downtown Vancouver. I’m a big fan of Breana and her skating, so that made perfect sense. 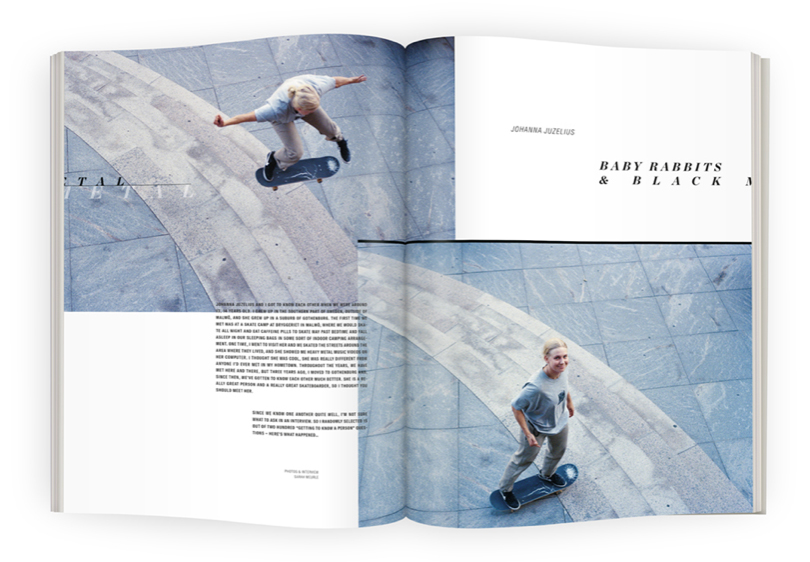 Johanna Juzelius and I got to know each other when we were around 13, 14 years old. I grew up in the southern part of Sweden, outside of Malmö, and she grew up in a suburb of Gothenburg. The first time we met was at a skate camp at Bryggeriet in Malmö, where we would skate all night and eat caffeine pills to skate way past bedtime and fall asleep in our sleeping bags in some sort of indoor camping arrangement. One time, I went to visit her and we skated the streets around the area where they lived, and she showed me heavy metal music videos on her computer. I thought she was cool, she was really different from anyone I’d ever met in my hometown. Throughout the years, we have met here and there, but three years ago, I moved to Gothenburg and, since then, we’ve gotten to know each other much better. She is a really great person and a really great skateboarder, so I thought you should meet her. 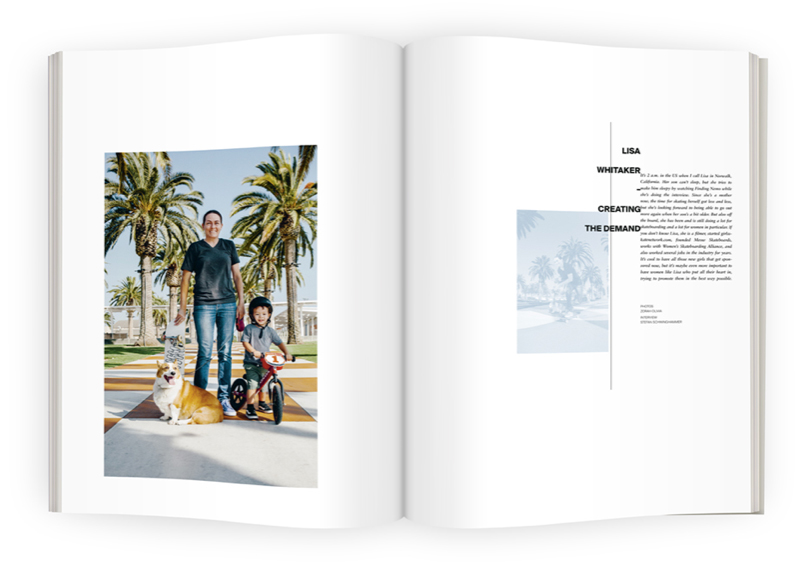 It’s 2 a.m. in the US when I call Lisa in Norwalk, California. Her son can’t sleep, but she tries to make him sleepy by watching Finding Nemo while she’s doing the interview. Since she’s a mother now, the time for skating herself got less and less, but she’s looking forward to being able to go out more again when her son’s a bit older. But also off the board, she has been and is still doing a lot for skateboarding and a lot for women in particular. If you don’t know Lisa, she is a filmer, started girlsskatenetwork.com, founded Meow Skateboards, works with Women’s Skateboarding Alliance, and also worked several jobs in the industry for years. It’s cool to have all those new girls that get sponsored now, but it’s maybe even more important to have women like Lisa who put all their heart in, trying to promote them in the best way possible.

Get a copy at your local skate shop or soloskatemag.com.