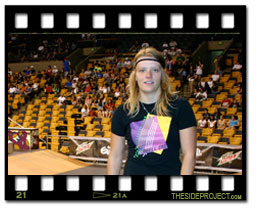 We had this little skatepark in our area and I wanted to go there. My Mom was like, ok, I’ll drop you here and be back in 2 hours. Since then I’ve been addicted!

It was a board from a toyshop, but my first ‘pro’ setup was from Blind.

The best is some of my best friends live here. The worst is the weather sucks, it’s small and for party’s you have to go to another city.

Wake up, breakfast, go to school, skate, eat, chill a little bit, maybe a party, computer and then to sleep.

Everywhere it is possible!

My friends, new people, alone, I don’t care as long as I can skate!

Pff… that’s a hard question, I listen from Reggae, to punk, to hiphop, to techno, to rock. So pretty much everything.

I’m studying to be a social pedagogic worker.

Pretty much do whatever I can! Skate, Chill, Party, Jump Parachute, Dance, Shout everything!

Thanks to my sponsors, TheSideProject.com, my parents, my friends and everybody who supports me! Thank you!!!

Leticia Nominated For Skater Of The Year
The Skateboard Mag | TheSideProject.com Featured Sklog 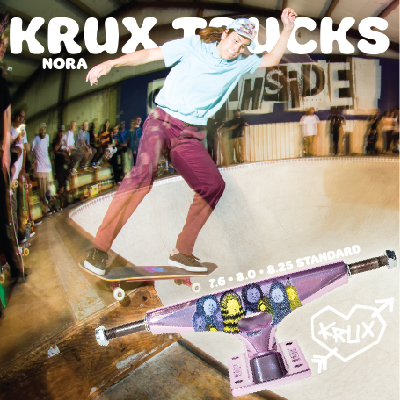