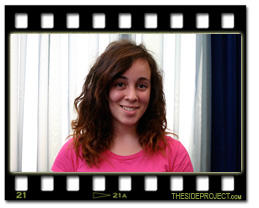 I’m not really sure- I think it was just a fun thing to try and it kind of just stuck. I tried a bunch of other sports when I was younger (gymnastics, swimming, diving, soccer, softball…ect.) but I had always liked skateboarding the most because it was the most independent with the least rules.

It was one of those complete skateboards from Toys R Us.

Well, I’ll start off with the worst. We had to drive 2 hours to get to a vert ramp. The best thing about my hometown was that my high school was the 2nd best in the state so it really prepared me for college. Right now I still think my high school was harder than the college I’m currently attending!

Go on adventures and explore!

Wake up, go to school, study, talk to mom and dad that now live on the other side of the country and miss me terribly, and then go skate. At some point during the day I’m trying to figure out what to eat but the meal plan at SDSU isn’t that great.

Anyone that has a positive attitude.

Anything and everything except for country. Lately I’ve been listening to Jimi Hendrix, David Bowie, Cream, Dubstep, and Muse.

I’ve solved a Rubik’s cube in less than 2 minutes.

I won X Games and Dew Tour in 2010. I also thought being in some magazines in the past was pretty awesome too.

Keep having fun with skating while attending college.

I would like to thank my family, friends, and sponsors for all their support.

Concrete Disciples Article
Thrasher | Ladies Of King Of The Road 2010