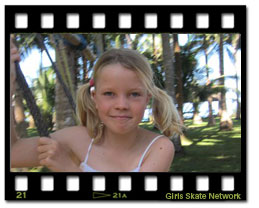 A friend of mine, Felix gave me an old school board and I was so excited. I learnt to skate on it, it was enormous. I still have it, my Dad cruises round on it now.

All the guys at Bondi bowl have been so great to me, they are always patient and teaching me stuff they probably influenced me the most in the beginning.

The best things about living in Bondi are for me of course the bowl and the surf. I am a Nipper with the Bondi Surf Lifesaving Club and train and compete every Sunday. The worst things about Bondi are the people who don’t respect our beach and skate park and leave their rubbish behind and people who tag our bowl, especially when its just been painted blue. 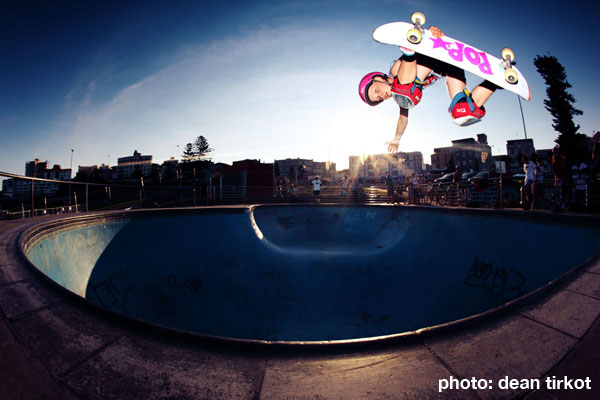 If I’m not skateboarding I’m surfing or drawing or doing homework for school.

Typical day is mum wakes me at 8am. I’m school Captain at Bronte Public so I have to be on time. we finish at 3pm and if its really hot ill go for a surf and then skate later. I try to finish all my homework in one afternoon so I can skate all the rest. I love day light saving in summer because you get to do more.

I love to skate at Monster skate park, its a 14.5 foot vert with big roll ins. It’s so much fun. Also in Newcastle there is a great big new gold bowl by the beach, I love it when you can skate, surf then skate again.

I love skateboarding contests especially when there is a big crowd and they are cheering for you. They make me land tricks that I didn’t think I could do. My favorite contest in Bowl-a-Rama because its in my home bowl, and I get to watch Steve Cab and Pedro and Bucky and Bob Burnquist and so many others do really amazing skating. 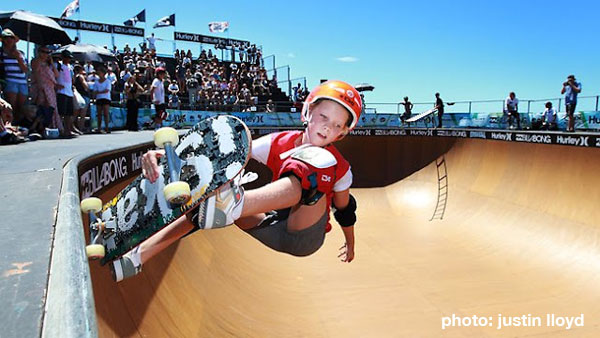 So far with skateboarding I have only been to the USA. I competed in the Gatorade Free Flow Tour in Tampa and San Diego and stayed at Woodward East and West – it was the best trip ever!!!! I landed the mini mega at Woodward East – I cant wait to go back!

I would love to skate Bucky Lasek’s bowl, he is really nice to me and gave me some really good tips when he was just here.

I love to listen to Cat Empire, Jungle Giants and Hilltop Hoods they are all Australian and really fun bands.

Something people don’t know about me is that I completed a Kidpreneur business course and now run my own business selling cards and decks that I have designed. I’m saving up to go to the US in July this year.

Highlights of my skateboarding have been skating with Tony Hawk. We tandem skated on the Monster vert ramp and he aired over the top of me, he is awesome and super nice. Another highlight was when I recently won the Women’s Open Division at the Australian Bowlriders Championship. 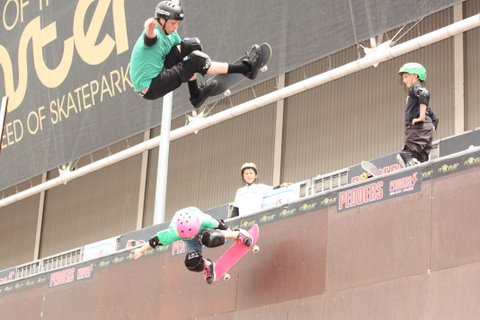 This year my sponsor Perfect Moment is flying me to France for a photo shoot and I hope to travel with the iskate Australia team to the US in July – if all that happens its going to be a rad year!!

I have to thank Perfect Moment and iskate Australia, TSG and Monster Skatepark. Also to Gallaz shoes for always sending new ones when I need them. Shout outs to my coach Hagan McCreath for teaching me humility and respect and to all the guys at the Bondi Bowl for always supporting and encouraging me.