Jenkem | Vanessa Torres on Getting Sober & the Skateboard Industry 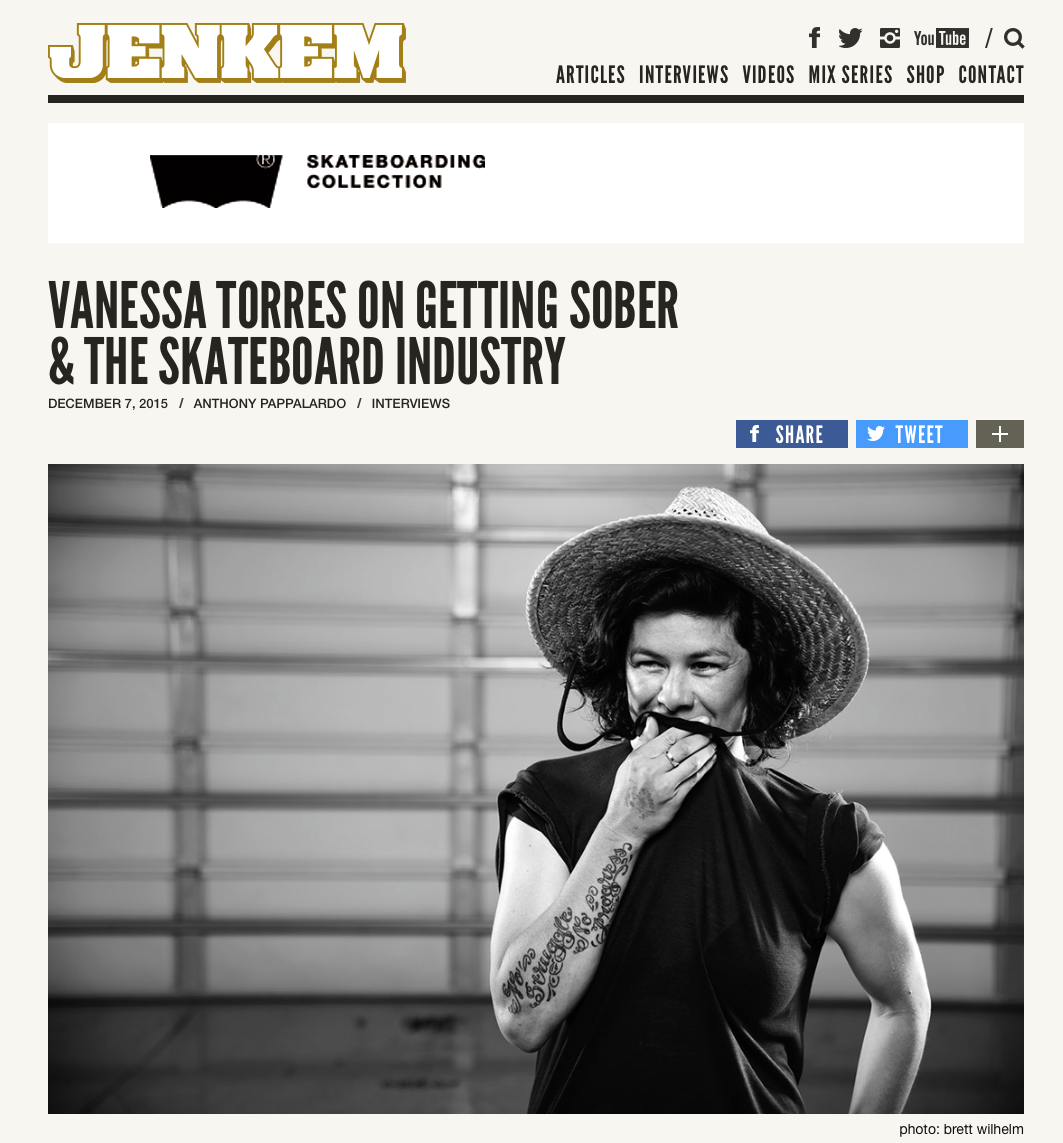 “As much as some of us don’t want to admit it, in 2015, skateboarding is still a “guys industry”. Sure, there’s more girls skateboarding now than ever, but the opportunities for women to make money off of skateboarding or to have a long term career are scarce. But despite the system, there’s a strong current of women bolstering their vision of skating, without caring about who makes what pink graphic or what bullshit marketing scheme is being pushed on them.

Vanessa Torres is one of those people leading this wave, and in speaking to her, I found out that she’s one of the most outspoken, candid, and driven skaters out there. At 29-years-old, Torres has seen a few cycles in the industry, did a stint on a big company with Element, been featured in Tony Hawk’s “Proving Ground” video game, and was the first female skater to win a gold medal at the X-Games.

Currently enjoying a bit of a reboot due to her newfound sobriety and happy home at Meow Skateboards, Torres’ career seems invigorated. I had one of the deepest list of questions I’ve ever brought to an interview in preparation for our conversation, but found that simply saying, “How are you?” lead to one of the most insightful talks I’ve ever had with a professional skateboarder, ever.” – Anthony Pappalardo